Continuing with KSFR's ongoing conversations with Santa Fe mayoral candidates, reporter Taylor Velazquez sat down with candidate JoAnne Vigil Coopler to chat about potential policies on housing and her goals of fiscal responsibility.

KSFR: Can you describe your background and why you decided to run for the mayorship?

JoAnne Vigil Coppler: I decided to run for mayor because, you know, I'd been a city councilor for three and a half years. And I haven't really felt the city was going in the right direction. And being from Santa Fe, you have something to gauge. I just felt like it was, you know, either I run for my own seat, or I do nothing, or I run for mayor. And I felt like I have certainly a great amount of experience a very successful had a successful career in public service for 25 years.

So, I have worked for the city before as HR director twice, I worked for Taxation and Revenue as HR director twice for county of Los Alamos HR director. But, I mean, and then I know how local governments are run, I've had various examples. I retired from the First Judicial District Court where I ran three courthouses in Santa Fe, Los Alamos, and Rio Arriba county's. I was Deputy Director of the New Mexico Supreme Court, you know, I have a very background. And I certainly know that I can jump in with both feet on the ground, ready to tackle the work involved.

KSFR: And you just brought up that you didn't like the way Santa Fe was going. And you've said that Santa Fe has been divided. And there's because there's a lack of transparency. And as mayor, how would you bridge the gap amongst folks?

JoAnne Vigil Coppler: Well, first of all, I would have an open dialogue with anyone who wanted to visit on all sides of the issues, I would encourage that I would seek it out. I would also be very transparent, I really, you know, that word is so used. But my whole philosophy and in my whole career, I've been very open about, you know, what is going on in public service.

So, I would encourage all sides of all issues, not just the issue of the cultural divide that we have now, that's a very important one, it's on the front burner. Now I really function from the belief that people support what they hope to create, I've always managed that way. That's how I've been, I think that's been a great deal of my success is that I involve people, I don't operate in a vacuum. But one thing I want to be clear about, I do make decisions. I don't dilly dally about that. And sometimes when you don't make decisions, and you stall and stall, they get made for you. And I think that's what happened with the Obelisk.

KSFR: And you just mentioned the Obelisk. And that was one of the big issues that came out of last year. And it was surrounded by protests and eventually it was turned down by protesters. And what are your thoughts on this? And how would you consider social and racial justice if elected?

JoAnne Vigil Coppler: First of all, you know, I guess when you say, how would you consider them? I definitely would consider them. And I think I alluded to that in my statement before. I grew up here. I've always been amongst people of all ways of life, all cultures, I've been actively involved in various traditional events, whether they were from my own culture or others. So yeah, I mean, how would I consider them? I definitely would, they would have a seat at the table to talk.

KSFR: And you said that sometimes if you don't make decisions on the dime, they get made for you. So, would you have handled the obelisk differently?

JoAnne Vigil Coppler: Oh, most differently. First of all, I mean, that night back in June, where all the statues were being taken away in the cover of darkness, you know, I can't even imagine that kind of approach. Yes, I would have handled it differently, I would have brought it to the city council, much like it has been brought to councils in the past and since the 1970s. You know, they had every reason to make decisions that they made, this city council would have had every reason to make a decision on what would be done, but we never got the opportunity.

And then to see what happened. I mean, being from Santa Fe, whether I felt one way or another about the Obelisk. It just broke my heart that that would happen. And so, when I'm mayor, I will do everything in my power not to create situations like that. I really believe in the duties and powers and responsibilities of the city council. They are the policy makers, as well as the mayor working together. And that's how I intend to govern.

JoAnne Vigil Coppler: The number one focus would be to bring trust back to city government. And you do that in many ways. The first way you do it is by holding people accountable. And the people that I'm speaking of are the people I mentioned earlier, those who are going to be part of a team who are going to be qualified invested in the future of Santa Fe. So, you bring accountability back.

Fiscal responsibility, we are late on our audits were late again on our second audit. We're supposed to turn it in by the end of this month, I couldn't really get a clear answer on whether we're going to meet that deadline. I certainly hope we do. But the fact that we haven't met the deadline, speaks to whatever the issues are, and finance, our money, our taxpayer money, that's the backbone of how you operate city government. I really don't think there's any real good reason for being late on an audit this late, and then have it be the second year in a row. I don't feel good that the state auditor has put the city on notice two years in a row.

Affordable housing, we have to get homes that people live in, in our city. You know, I believe that homeownership is the American Dream. And I have sold first time homebuyers’ homes. And believe me, there's nothing like it, we have all of the rules in place, we just need to find a different way of getting people into their first home. In doing so we will bring, I think more money into our coffers, because people who cannot live here live elsewhere. So, they earn their money here, and then they take it elsewhere. And we don't see the value in that. So, I think that contributes to our economic development, which is another big to do for me is we need to keep our city on sound ground, keep all of our avenues open for economic development, so that we can have a bright future and that too, brings money into our coffers to accomplish all of the things that we want to do here in the city.

KSFR: And pivoting to recent news, the Santa Fe Police Department has been in the news for many officer involved shootings as of late. So, what are your thoughts on this? And what would your policies on policing be?

JoAnne Vigil Coppler: Well, you know, first of all, you have laws. So, the public has to follow the law and police officers have to follow the law. So, to take a step in the first mode, I think we'd have to have our police officers trained. And not to say they're not. I'm not totally aware, I know, a lot of training that they go through, but I'm not specifically intimately knowledgeable about, you know, step 1 2 3. But I believe we have to have officers who are well trained. So, I would ask as mayor, what are those trainings across the country? Are we using the best practices? And if we are, are we well trained in those best practices? You know, it is difficult. I can imagine if I was a police officer, you have to make split second decisions.

I also want to make sure that we recruit and that we have our positions filled, I will have to say I have great experience in recruitment. You know, to me, that would be a total goal in policing is that you have your positions filled. And we have to keep up with the pay because you don't want to go through all this training and then lose your police officers to Rio Rancho or Española which has been happening. We don't want to be the training ground for those agencies. 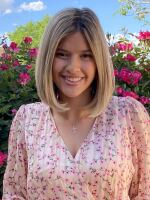