In Part 1 of our ongoing series of reports on older Americans, KSFR reporter Mary Lou Cooper spoke the Immigration and Customs Enforcement agency (ICE) about an international scheme to turn unwitting senior citizens into drug mules.  The federal Operation Cocoon investigation revealed that 144 older couriers were recruited by drug organizations to ferry illegal drugs overseas.  The majority of these couriers were U.S. citizens.  The average age of these senior drug mules was 59 and the oldest courier was 87 years old.  Today, Mary Lou reaches out to two of the victims of these scams.  The first, a retired pastor from Maine and the second a retired contractor from Arizona. 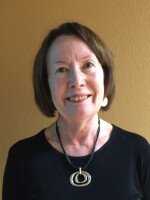 Mary Lou Cooper
Mary Lou Cooper reports on consumer issues for KSFR as well as on politics and elder affairs. She also assists radio journalist Dave Marash at KSFR, conducting research and booking for the “Here and There with Dave Marash” program. She has worked for the U.S. Congress as well as for the Nevada and Tennessee legislatures, and remains a political junkie. She worked many years for an association of Western state legislatures and was a contributor to “Capitol Ideas,” a national magazine about state government. In 2016 Cooper received a public service award from the New Mexico Broadcasting Association for her KSFR story on Internet romance scams. She has received journalism awards from the Society of Professional Journalists and from the National Federation of Press Women. She grew up in Oak Ridge, TN and received her BA from Emory University in Atlanta and her MA from the University of Texas Austin. She also holds fiction and screenwriting certificates from the University of Washington.
See stories by Mary Lou Cooper