Cuban leader Fidel Castro died on Friday at age 90. Castro dominated his country for more than 50 years from the moment he entered Havana in triumph in January 1959 until 2006 when he stepped aside because of illness.

“Anyone who wants to know what Cubans are thinking and doing should read Cuban poetry.” So said 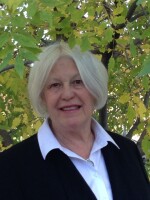 Deborah Begel
Ask Deborah Begel what she likes to cover, and she’ll likely answer, “What I’m working on now.” Now that’s the kaleidoscope of news on KSFR. She broadcasts short news summaries weekdays mornings and some afternoons on the hour and longer ones at 7:29 a.m. and 12:06 pm. And that’s also the way of news, she says, because news changes constantly. New information comes in, often changing the slant and interpretation. “That’s why it’s good to be flexible and keep my mind open,” she says. “Listeners can decide for themselves what they think. What can be helpful to them is providing accurate and timely information.”
See stories by Deborah Begel